The Path To Illumination

The Adaptive Method® continually revolutionizes the layering process of lighting architecture. Coupled with the thoughtful application of lighting controls, our trademarked design processes have been developed over the last 30 years. Adaptive Design Group offers the most comprehensive lighting and controls approach available. 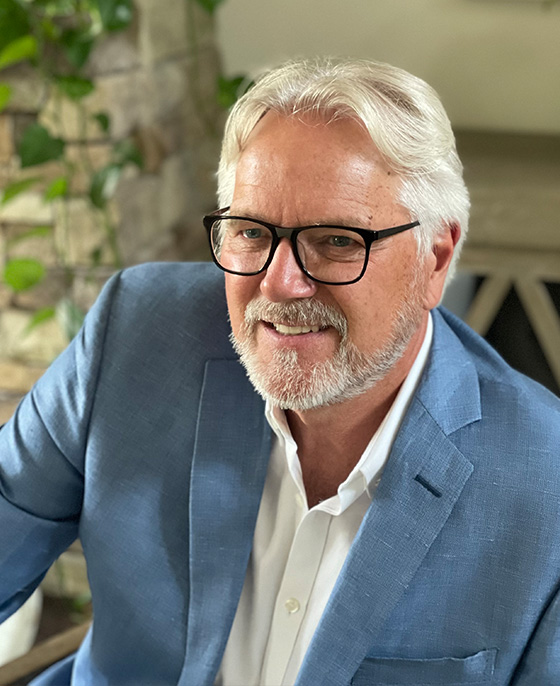 Where the Magic Began

Glenn Merlin Johnson surrounded himself with the most innovative architectural and interior designers from the start. His commitment and vision led him to become an industry leader in coupling the latest technologies with artistic illumination.

In the late 1970s and ’80s, San Francisco’s explosion of interior design and architectural visionaries molded Glenn’s artistic approach. His father, Merlin, mentored him in the applications of lighting products, which they designed for the top 1% of high-end architectural projects in the Bay Area, and beyond.
Glenn’s focus on the “art of illumination” in luxury homes compelled him to write a book, which McGraw-Hill published in 1999, aptly titled: The Art of Illumination; Residential Lighting Design. His unique artistic approach to lighting elevated his book as the premiere text in Architectural and Interior Design Studies in 25 colleges and universities; it also garnered him national and international speaking and teaching engagements.
Glenn invented a revolutionary layering process of lighting, or illumination, called “The ADAPTIVE Method®”. Since then, other firms have mimicked his innovative lighting design, but none match his mastery of artistic lighting.
Glenn’s illuminated pathway has guided him from the San Francisco Bay Area, to leadership positions and business ownership in Los Angeles, CA; Boston, MA; and Salt Lake City, Utah, as well as artistic lighting projects across the globe.

Glenn served his lighting and electrical apprenticeship with Artistic Lighting & Electric Co. Inc. in the San Francisco Bay Area from 1974 to 1984. In addition, he studied Business Administration at College of Marin from 1975 to 1977, which ultimately led to securing his C10 General Electrical Licensure.
As an entrepreneur, he transitioned from the San Francisco Bay Area to the southern part of California, continuing to serve the top 1% clientele in Palm Springs, Newport Beach, Beverly Hills, Bel Air and Santa Barbara. This launched his storied career as the Lighting Designer to the Stars.
Glenn founded Lighting By Design Inc. on Wilshire Blvd in Los Angeles in 1984, where he served several of Hollywood’s most notable producers, directors and studio heads by enhancing their opulent estates through his artistic lighting design and technical touches.
Spectrum Engineers in Salt Lake City recruited Glenn in 1992. For 10 years, he served as a Principal and Vice President, where he helped Spectrum soar from a 12-person start-up, to a strong firm of 85 engineers and associates, with offices in Salt Lake City, UT; Phoenix, AZ; and Baltimore, MD.
In 2002, Glenn left the firm to launch Adaptive Design Group Inc., based in Park City, UT, with satellite offices in Boston, MA and Jackson Hole, WY.
His artistic vision and advanced technical knowledge has made Adaptive Design Group Inc. the premier lighting, dimming and electronics’ technology design group in the nation.

Glenn excels not only in lighting and electrical expertise, but also in the production of architectural/engineering drawings, details, and specifications, which have been the benchmark in the industry for communicating complex design and engineering systems.
Glenn’s technical designs and his vast experience led him to invent innovative and artistic products. He has secured six U.S. Patents for illumination systems and the like. Glenn also founded GlennCo Inc., the manufacturer of “The Merlin Light®.” It is the premiere fine-art projector lighting system, which illuminates art displayed by the world’s most discriminating private and corporate art collectors. 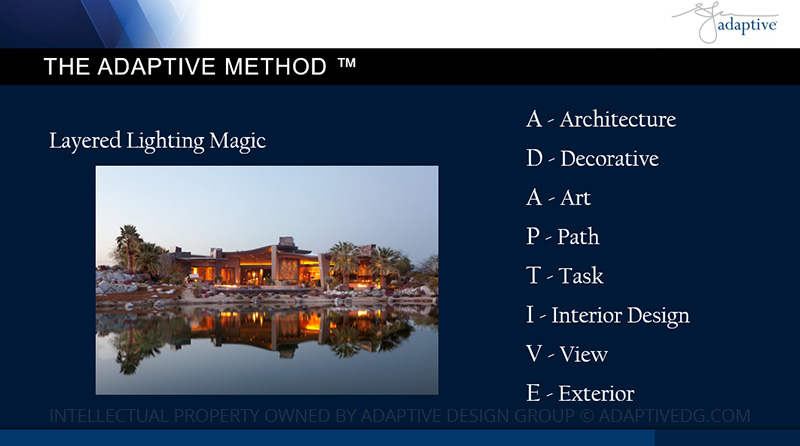 Merlin Johnson died in May of 2022, and the inspirational impact on his sons’ lives has been profound. He was a Master Mason, AF veteran, master machinist, mechanical/electrical genius, talented lighting designer and founder of Artistic Lighting & Electric. He loved his wife Peggy Jean and encouraged his sons in the art of illumination.

Eric Johnson, principal of EJA Lighting Design, is a nationally award-winning lighting designer, collaborates with world-renown architects and designers, manages projects in the Bay Area, across the U.S and abroad, and has advised many lighting manufacturers and lighting technology companies.

The brothers will forever honor their dad, Merlin Johnson.

Seasoned Lighting Industry professionals who strive daily to reach and re-define perfection in our craft.

Our methods and diverse specialties have redefined the industry one project at a time for over 3 decades.

Our success is built on a solid foundation of industry pioneering and award winning innovations.

Glenn and his team are absolute professionals in all they do.  From the start of design to the final focusing, Adaptive Design Group worked hand and hand with our entire team.  Their attention to details, quick response time, engagement of a true partnership and their love of what they do sets them apart from the rest.

“Glenn is truly professional in the field of lighting design”

“In the past 10 years we have found that we can no longer neglect the lighting & electrical design aspect of the custom home. There is so much to offer but few professionals maximizing the home’s potential.”

“We Engaged Glenn Johnson to develop lighting for our Rockport, Maine “Home,” because we heard from many sources that we was the best and he did not disappoint us. The overall result can only be described as stunningly beautiful. I would high recommend Glenn to anyone looking for an expert. I believe he has no equal.”

“Glenn M. Johnson and his company Adaptive Design Group, Inc. are a delight to work with. Their knowledge, team work and documentation is the best in the industry. The end result is always visually stunning, and highly functional.”

“I have worked with a number of well respected lighting designers, but Glenn M. Johnson and Adaptive Design Group, Inc.’s work stands out among them. Their attention to detail, passion for the craft and unparalleled knowledge of lighting guarantees to both me and our clients that the end result will always exceed our expectations.”

Theo Kalomirakis, Pres. TK Theatres, New York, NY
Get in contact with us or schedule a demo today!